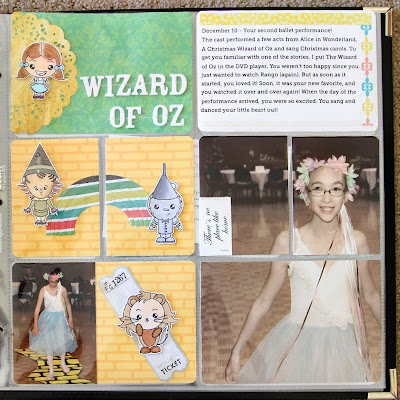 {click on photo to enlarge}
I completed a page in my 2011 Project Life album using the new Karber Wizard of Oz images and one of the sentiments. Sabrina was in a ballet performance in December, and one of the things the cast performed was a shortened version of a Christmas Wizard of Oz. The movie is now one of her favorites and she knows all the words to the movie and songs by heart!

Here's a closer look at the "title" for my layout. I colored and fussy cut out Dorothy and added her along with some Thicker letters which I stitched on. 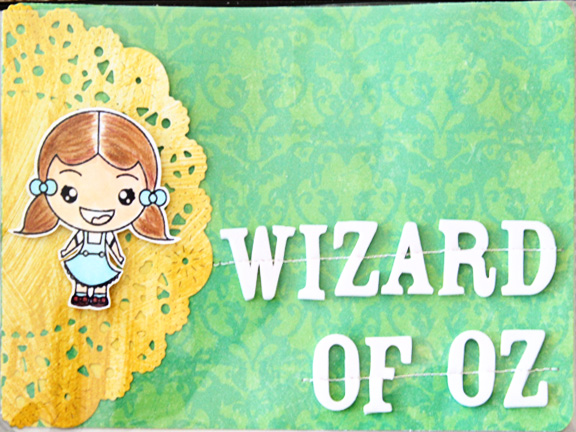 Below the title I included the rest of the characters which are included in this set (Scarecrow, Tin Man and the Cowardly Lion). They had a yellow brick road at the performance and the lower left photo is Sabrina walking on the road before the performance began. 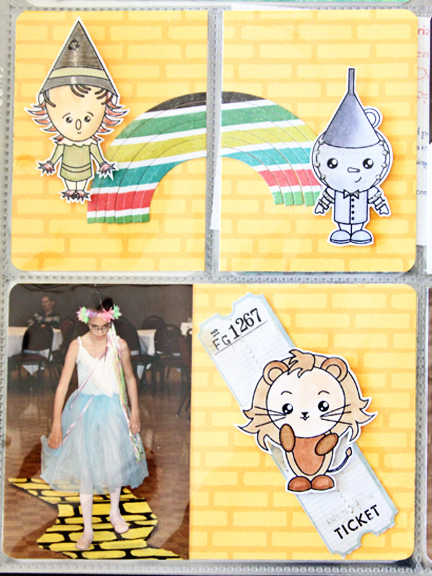 The lower right is an enlarged photo of Sabrina which I ran through a vintage action. I cropped and printed the photo (6" x 8"), then I cut it accordingly to fit into the pockets. The sentiment "There's no place like home" is also included in the Karber clear set. 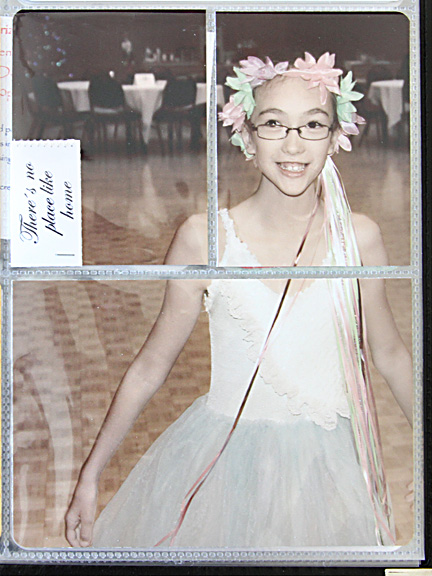 And, finally, a look at my journaling: 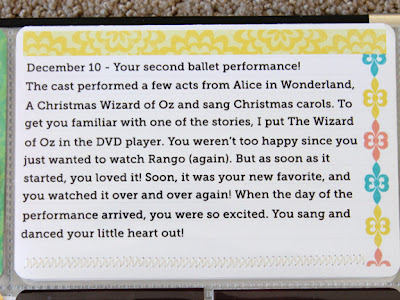 Be sure to visit all rest of the SCRS designers for more peeks of the Karber Wizard of Oz set. Sparkle will be giving away a Karber Wizard of Oz set to one lucky person! For a chance to win, you need to comment on all of the designer's blogs (list below). Then head on over to the and comment on the Karber post. You have until midnight EST each day to comment. The lucky winner will be announced the following day!


Alice Wertz
Amy Young, Karber Guest Designer
Kim Yu
Shaela Odd
Simonne Clay
Sparkle Smith
Stephanie Kraft (you are here)
Sparkle Creations Rubber Stamps Blog
I'll be back tomorrow with a preview of the final SCRS image. Thanks so much for stopping by!