Hello December! Sorry I've been MIA this week.. I've been busy catching up from Thanksgiving and preparing for Christmas. I'm also trying to put together my December Daily album.. wish me luck! 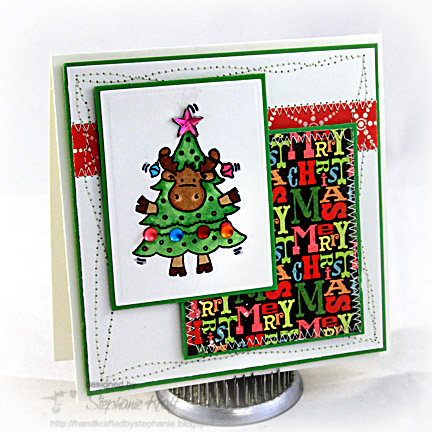 It's been awhile since I've played with a Riley image.. or bought one for that matter. I still love Riley, but he's been rather neglected in my household.. until now that is. After seeing the new holiday Rileys, I finally gave in and bought them. Today I'm using Ornaments Riley and my card is for the Riley and Company "Let's Think Christmas" challenge, hosted by Frances. I also used Mercy's Tuesday Sketch #102 for my layout. After coloring Riley, I added a rhinestone star and some frosted pearls from Pizzazz Aplenty. 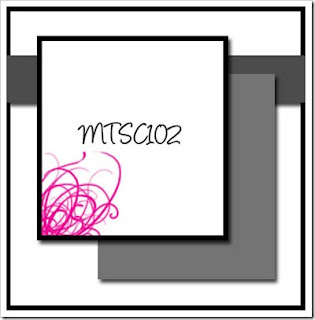 Thanks so much for stopping by! I'll be back tomorrow for the Scrap-Mart Holiday Hop!